App-based drivers and delivery workers from across the Golden State announced the formation of a union Wednesday — the California Gig Workers Union (CGWU) — at a rally in front of Uber headquarters in San Francisco.

Citing low wages and a lack of basic protections on the job, gig workers called on Uber and other tech giants to grant them employee protections and to recognize their right to join together in a union. Drivers marched to Lyft and DoorDash headquarters, too, holding similar rallies outside each.

“Every day, gig companies don’t offer fair pay, benefits, or basic worker protections — like paid sick days or access to workers’ compensation,” said Cardell Calloway, 68, who drives for DoorDash in the Los Angeles area, in a speech outside Uber’s offices. “Gas prices right now are higher than they have ever been, yet gig companies offer us almost nothing to cover these higher costs.” 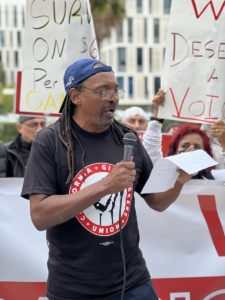 The CGWU brings together gig workers from the Mobile Workers Alliance in Southern California and We Drive Progress in Northern California — organizations that have been fighting for driver rights and protections for the past several years — under one statewide banner.

The more than 30,000 gig drivers that make up the CGWU join a groundswell of workers across the country demanding union rights. Workers for Amazon, Starbucks, Trader Joe’s, Chipotle, and other corporations have made similar calls over the past year.

Reyna Hernandez, 61, a gig driver from El Monte in Southern California, said she was joining the union campaign because she believes gig companies have mistreated her and other workers for too long.

“Through winning a union, we drivers can finally earn a fair share of the billions we generate each year and gain the worker protections that we deserve,” said Hernandez, who delivered a speech in Spanish but whose words were translated into English by an organizer at the rally. “But we’ll only get there by building solidarity in a union. Together, we can beat the gig company model that aims to undermine our stability and the wellbeing of our families.”

For decades, workers have fought for protections that allow them to lead dignified, stable lives. These protections include a minimum wage, overtime pay, healthcare benefits, paid time off, and access to compensation when they are injured on the job.

Gig companies like Uber, Lyft, and DoorDash, with the help of large financial institutions and investors, have undermined these protections. By misclassifying their workers as independent contractors these companies exempt themselves from providing worker protections. They also offload significant costs — such as car payments, gasoline, maintenance, insurance, and more — onto workers.

In California, Uber spent more than $225 million in 2020 campaigning for Proposition 22 — a voter measure that passed in November of that year that misclassified gig drivers as “independent contractors” and not employees of the tech giants.

In August 2021, an Alameda County Superior Court judge ruled that Prop 22 was unconstitutional under state law, as it limits California lawmakers’ power to include gig workers in the state’s workers’ compensation program and strips the legislature of its ability to pass laws protecting drivers’ right to organize and form a union. The ruling also said that gig companies misled voters about the intent of Prop 22. 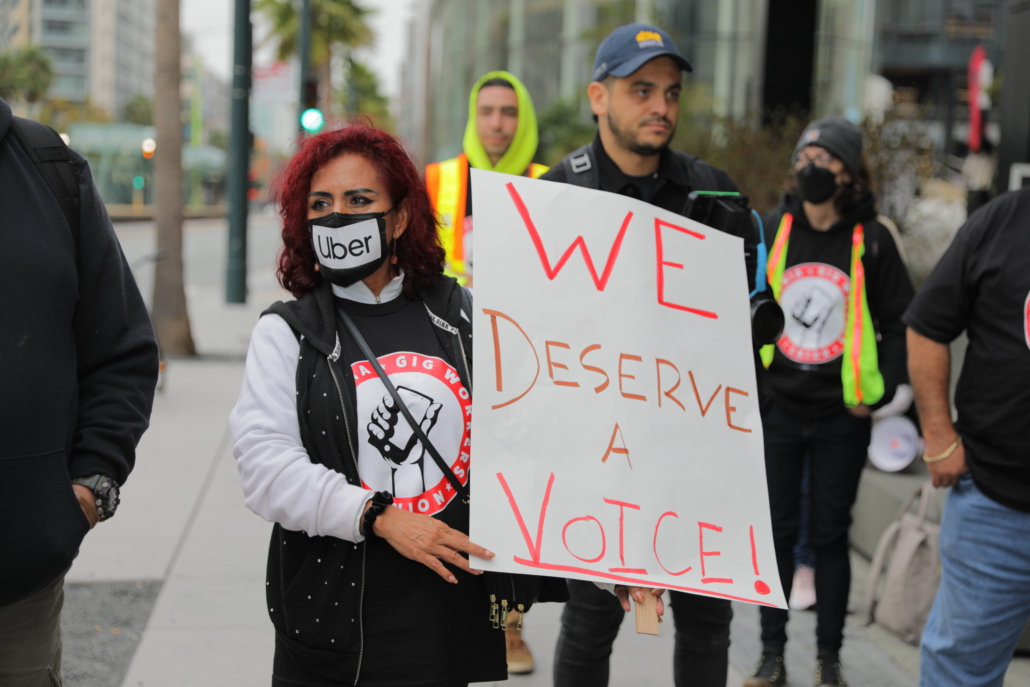 Still, gig drivers’ conditions haven’t changed much as the companies appeal the decision.

“Prop 22 has been ruled unconstitutional, but we continue to go without basic protections because Uber, Lyft, Doordash, and other gig companies are challenging the court’s decision instead of using that money to invest in their workers,” said Daryush Mobarake of San Jose, who has driven and delivered food for gig corporations since 2014. “Gig drivers and delivery workers need to be protected and paid decent wages and benefits. We can make that happen when we have a seat at the table”

Hector Castellanos, who drives for Uber and Lyft in the Bay Area, said a union would allow drivers to fight for flexibility, fair wages to support a family, and benefits and protections that keep workers safe.

“It’s been a long and difficult struggle,” said Castellanos, who has organized with drivers for over five years. “But each day we continue to fight and stand up for ourselves and for one another we grow stronger and move closer to the day we are treated with the dignity and respect that we have been denied for far too long.” 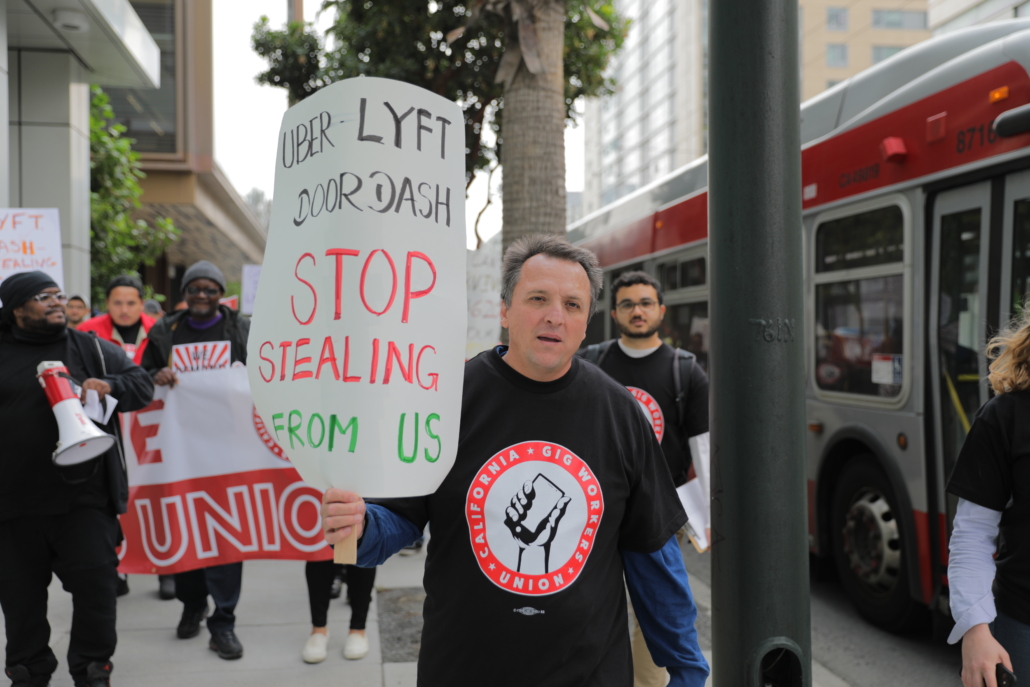