Uber and Lyft are on the defensive. Earlier this month, the bosses at both companies published a joint op-ed that acknowledged the many issues that drivers have been calling out for years and made some vague statements about making things better for drivers.

This seeming about-face by the companies was immediately followed by this:

Uber and Lyft are asking drivers to contact their legislators and oppose AB 5, a bill that would put an end to the misclassification of drivers as independent contractors and entitle them to the same minimum wage, benefits and employment protections that any other California employee receives.

Mobile Workers Alliance drivers weren’t about to stand for this. Instead, we organized a rally of dozens of drivers and Fight for $15 fast food workers outside the Lyft hub in downtown Los Angeles.

Our message was clear, “We speak for ourselves and we support AB 5.” 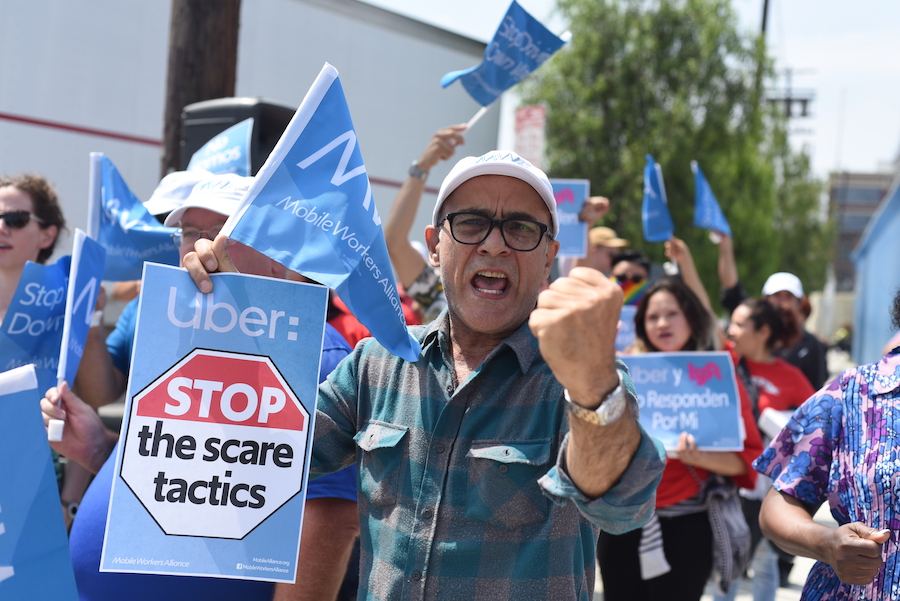 Drivers spoke out a press conference, while others lined the street with their cars bearing MWA flags and signs. After the press conference, we attempted to confront Lyft management at the hub, but they refused to speak to the drivers who make their company billions.

Instead of sending the boss’s message to legislators, we’ve got send ours instead. Use this link to send a message to your local California legislators and say that you support AB 5. It only takes a few clicks. Email your legislators 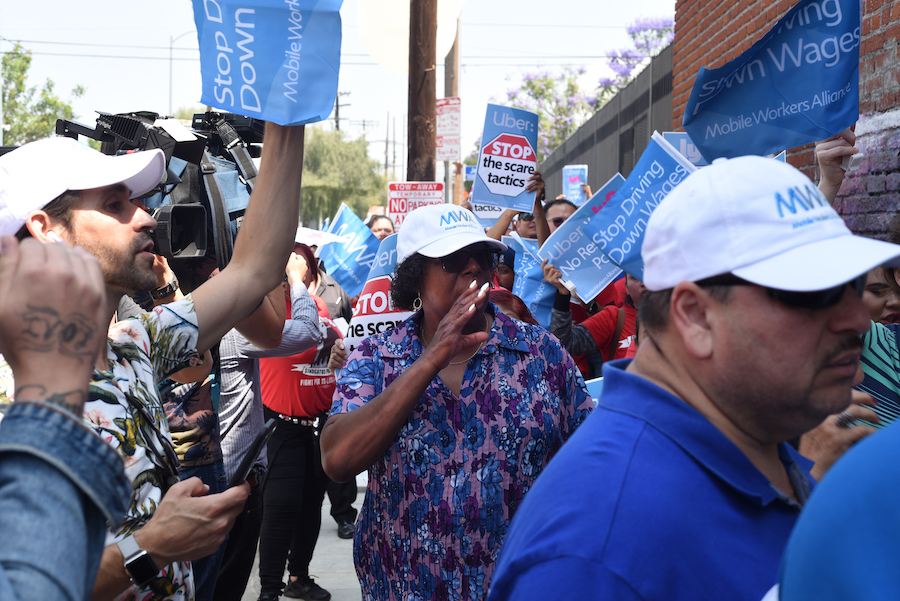 Drivers Demand AB5 & A Union In Sacramento
Scroll to top " "