The toilets, they are a-changing.

Less than two weeks after we launched our petition drive and a day before our planned demonstration at the airport, LAX officials contacted MWA to promise additional toilets and handwashing stations by Friday along with an invitation to meet to work out a long-term solution to the current unsanitary conditions at the lot. 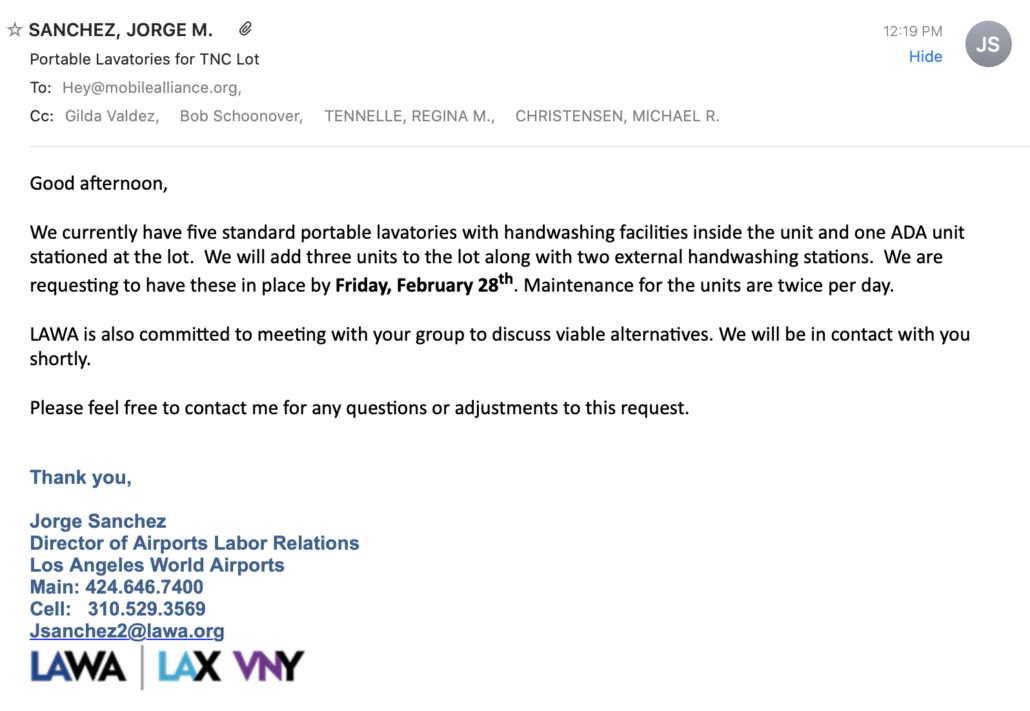 MWA drivers embarked on a petition drive on Feb. 12, in response to the disgusting condition of the portable toilets in the LAX rideshare waiting lot. We collected more than 1,000 signatures in the first 24 hours.

If you’ve been to the LAX lot, you’re already familiar with the state of the toilets. If you haven’t here are some photos. Be warned that they are gross!!! 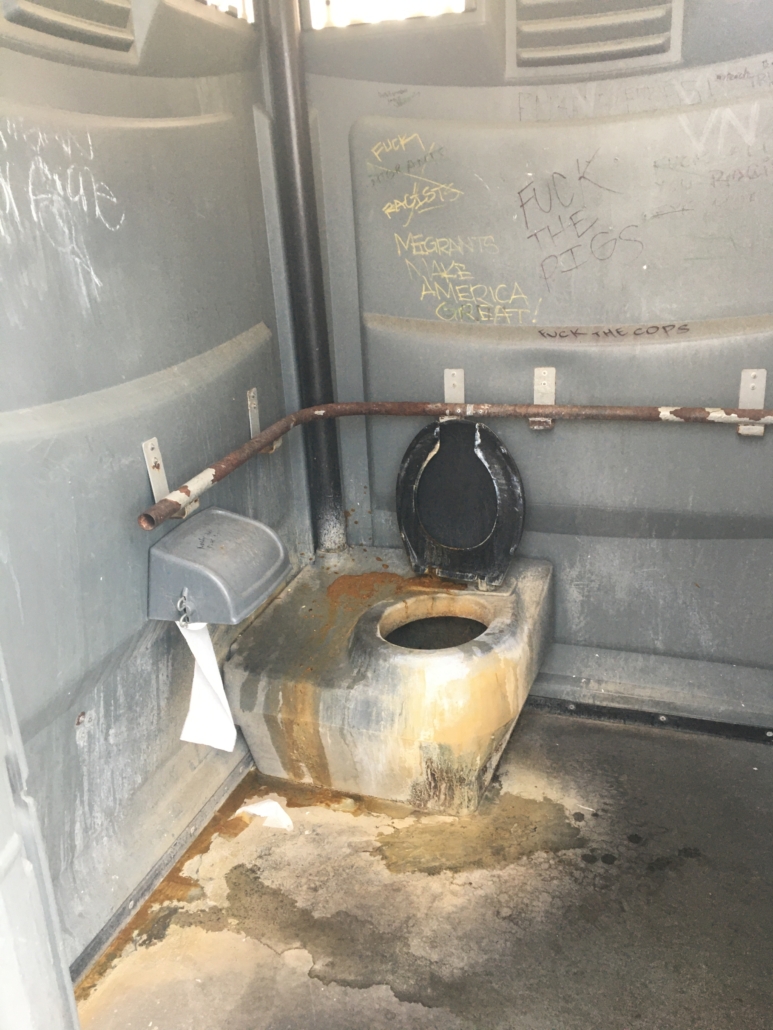 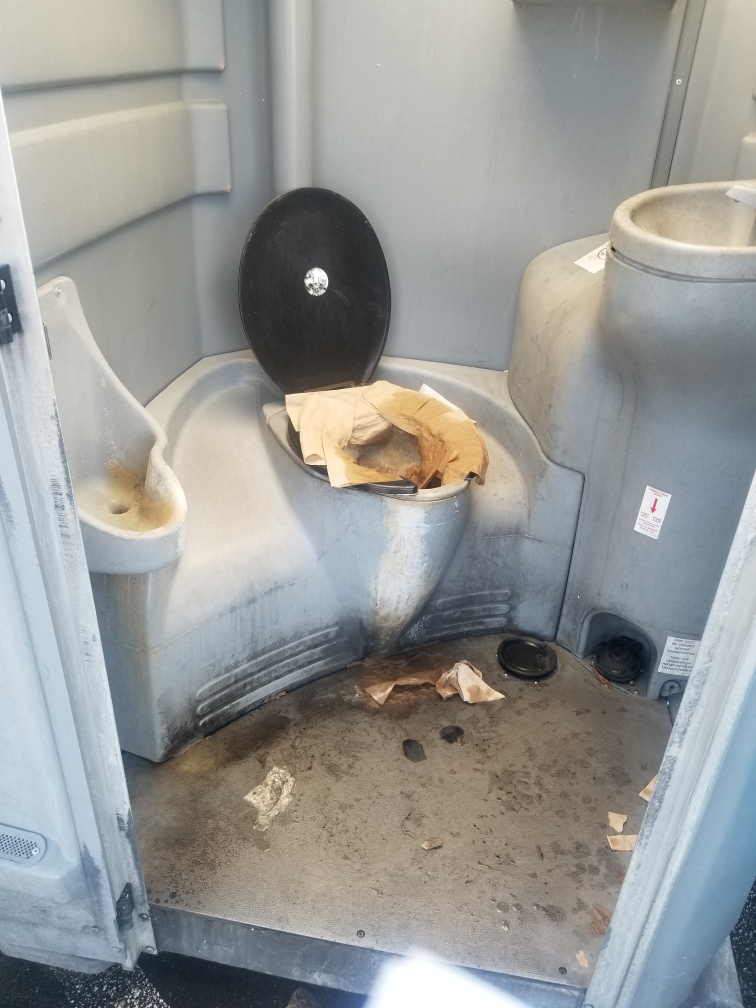 Obviously, Uber and Lyft’s office workers don’t have to put up with conditions like this, but because they refuse to properly classify drivers as employees, we have to go to extreme lengths for basic dignity.

We want to commend LAX officials for stepping up and working with drivers, even in the face of Uber and Lyft’s rampant law breaking and negligence.

This victory is just one more step on our path toward AB5 enforcement and a union. Never forget, when we fight, we win!